Offshore (average) surface water temperature-Includes from the 5 to 6 mile mark at the 100 fathom line, then to the 1,000 fathom line being about 32 miles: 90°

Inshore (average) surface temperature. From the beach to about 5 miles: About 85° From about the river at Valentine and south, and from Ixtapa north, the inshore is about 90°

Blue-water: (Chlorophyll amounts and surface temps from Terrafin SST) Blue-water, near the beach, and all the way out. We have had very little rain again this year. The sandbars are still in front of the river mouths, with no silty water coming out of the rivers, which is good. But, it will soon be September, our wettest time of the year. 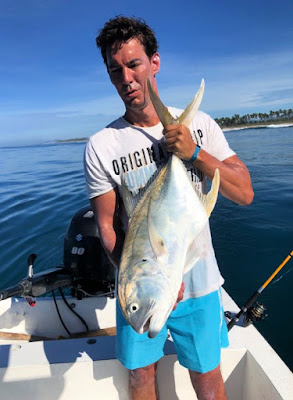 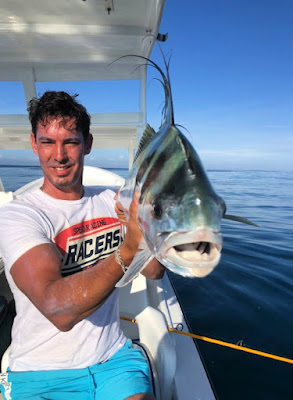 Offshore: With few clients fishing, it is hard to tell. Adolfo, on the panga Dos Hermanos, told me the boats are averaging two to three raised sailfish a day each, with several boats getting a dorado. The average for the dorado is less than a fleet average of one per boat. 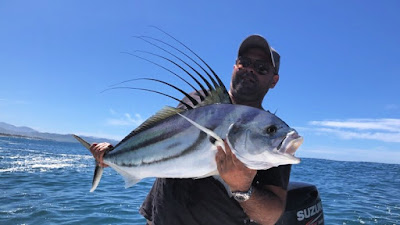 Inshore: Again, there has been few clients, but the roosters and large jack crevalle are here. This was proven (again) by Adolfo on the panga Dos Hermanos, who is picking up two or three clients a week. With the extremely warm water conditions, he is finding the roosters in the cooler 85° water zones.
Ed Kunze