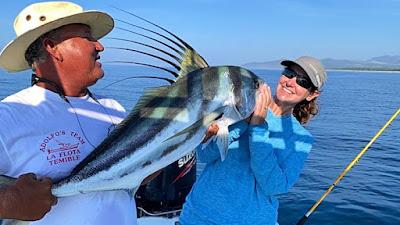 Offshore (average) surface water temperature - Includes from the 5 to 6 mile mark at the 100 fathom line, then to the 1,000 fathom line being about 32 miles: 85° The warm water is still holding up.

Inshore (average) surface temperature. From the beach to about 5 miles: About 84° 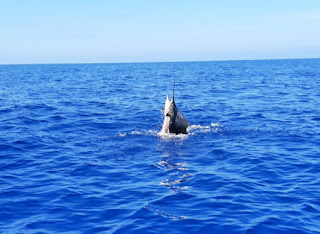 Blue-water: (Chlorophyll amounts and surface temperatures from Terrafin SST). Unchanged for the last couple of weeks, the blue-water is near the beach and all the way out. This makes for very tough inshore fishing for roosters. (See photo below).

Offshore: The sailfish and dorado action is still decent. The boats are averaging 2 to 3 raised sailfish a day.  Dorado were scarce this week, with few caught. Ren, and his dad Steve Visser from Alberta, fished a day offshore with Cheva on the panga Dos Hermanos II. They got 4 sailfish. Ren emailed me this: It was an amazing day! Cheva and his deckhand son (Alejandro) really knew their stuff and my dad and I enjoyed some incredible sailfish action.

Inshore: The fishing for roosters and jack crevalle has been a tough situation this last couple of weeks. The problem is the gin clear water. Only a few spots on the coast have the favorable slightly discolored water, and they change from day to day.
Brian Hetland, from North Dakota fished a day with Cheva up at the Ranch for a nice rooster and a day inshore for 15 of the tasty sierras and several jack crevalle. 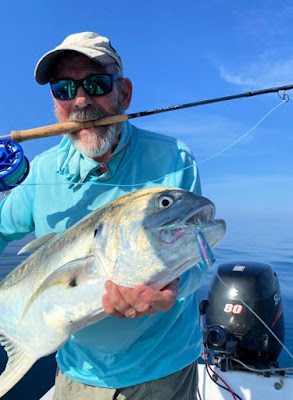 Adolfo on the panga Dos Hermanos made the long run to Puerto Vicente Guerrero and found big roosters and large jack crevalle last week. He did it again this week with fly-fishing clients Al and Cori Criss-Rossmeisl of Salem, OR. With several roosters and large jack crevalle taken on the fly rods from the bow, they also pitched out live bait for the angler using a spin rod and sitting near the stern. With the live bait they also scored on amberjack and pompano, of which both are excellent eating. 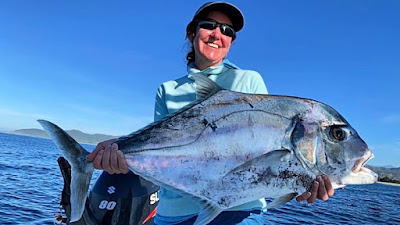 This is what Cori emailed me: It was our first time fishing with Adolfo, and even though we have fly-fished the flats a lot, this was a whole new experience. What makes the experience even better is Adolfo really enjoys fishing, and he is a great guy. We were totally exhausted from catching big fish and told him to head back to port in no more than 5 minutes. We just didn’t think we could reel in another fish. Three fish later, he finally turned the bow around and headed for home.